Lilly decided a couple weeks ago that she wants to be “Tiny Pteranodon” for Halloween. Most people reading this are now thinking, “umm…who?” But for those parents like me with a child who LOVES PBS’s Dinosaur Train — recognizable by their ability to easily identify all varieties of dinosaurs and tell you whether or not they are fish-, leaf- or meat-eaters — this day was inevitable. If you are lucky enough to have a little Dinosaur Train fan who is 3 years old or older, there are Tiny and Buddy costumes available in some stores. But for those of us dressing up the younger set, there is no such luxury and the only way to go is homemade.

For the last week and a half, I have spent most of Lilly’s naptimes assembling her “Tiny” costume and now [drumroll . . .] it’s done! Yay! I’m not as bad a mother as I feared! Here is the final product: 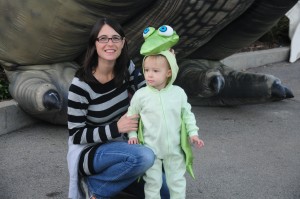 I think it came out pretty darn good, if I do say so myself. There is a bit of a balance problem with the head [see UPDATE in Part 2], so most of the time Lilly wore it, it looked like this: 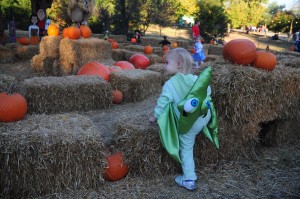 But overall I’m happy with it and so is Lilly, which is all that really matters. That, and I managed to get at least one picture where it looks good. (Ignore my hand behind her holding Tiny’s head in place.)

I scoured the internet for days looking  for a toddler Tiny costume and/or helpful sewing patterns for a pteranodon and I found pretty much zip. [If you have a “Buddy” fan, you can use these patterns on the PBS website.] So I thought I’d write a how-to in case anyone else is faced with the task of creating a pteranodon without a pattern. I have only mediocre sewing skills, so this is something almost anyone with a sewing machine (or the time and patience for a lot of hand-sewing) should be able to do. And I think the same methods could easily translate to many other animal costumes. Be warned, however, that I am not “trained” in sewing and tend to just wing it. [Ha! No pun intended!]

Be sure to look for the **starred instructions** so you can learn from my mistakes!

Materials and Supplies (for approx. size of 2T):

Cost & Time: I got my fabric 50% off at Joann’s and found the perfect pajamas for $6 at T.J. Maxx. The rest of the supplies I either had or bought at craft stores for a couple bucks. Total cost was approx. $15-20. Total time was approx. 7-8 hours, including the time it took to correct my mistakes.

The Wings – The basic idea here is to make 2 unstuffed, wing-shaped pillows and sew them onto the pajamas. 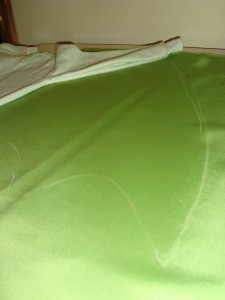 **This picture is of my second set of wings. I had to redo this step because the first time I only held the arm out to a right angle, which didn’t give the arm a full range of motion. Be sure to extend the sleeve above the shoulder when sketching the wing.** 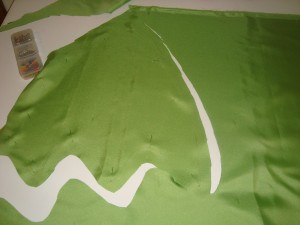 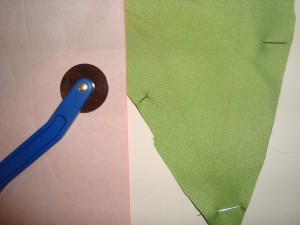 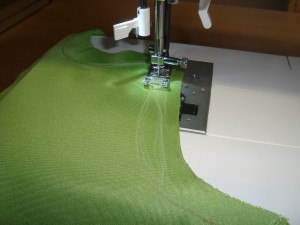 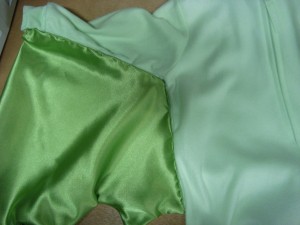 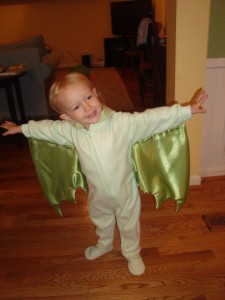 The Head – Again, think pillow. That’s all this really is. 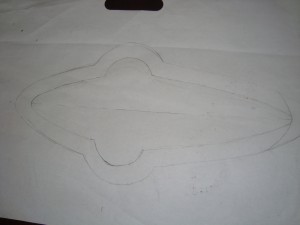 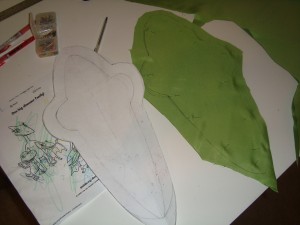 The Eyes – If you want to take a shortcut you can probably just paint on eyes or use white felt in place of the styrofoam, but I think doing it this way really made the costume recognizable as “Tiny.” 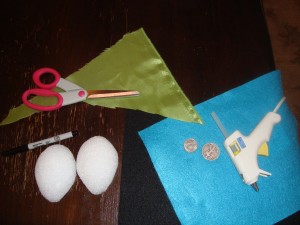 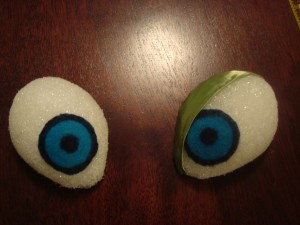 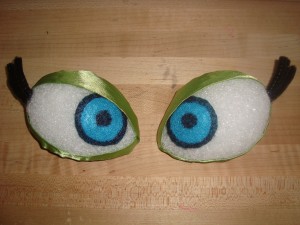 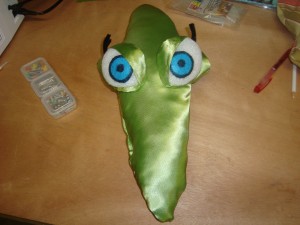 The Project Pteranodon (Part 1/2) by MushBrain, unless otherwise expressly stated, is licensed under a Creative Commons Attribution-NonCommercial-NoDerivs 3.0 Unported License. Terms and conditions beyond the scope of this license may be available at mushbrain.net.